Gavin Newsom Has Taken a Firm Stand on Housing, But His Plan Could Backfire

Gavin Newsom’s hardline on housing and his threats to cut off transportation funds for cities and counties is receiving pushback, with lawmakers even considering legislation that would protect local governments’ SB 1 funds.

As CalMatters’ Dan Walters notes, the newly-elected governor has a stated if implausible goal of seeing 3.5 million new units built over the next six years. He’s using a carrot-and-stick approach so far, offering funds for local governments who can step up building and threatening those who don’t. The stick is two-fold: Newsom has both threatened to withhold SB 1 money and is now suing the City of Huntington Beach for failing to build enough affordable housing. But local officials and their allies in Sacramento say the governor is being unfair.

“You’re tying SB 1 money to the production, where cities are only accountable for planning for it,” Assemblywoman Tasha Boerner Horvath said. “There’s a flaw in that logic.”

Walters refers to it as the Achilles Heel of Newsom’s housing strategy.

Cities can – and should – encourage housing through land use planning processes, but ultimately whether planned-for housing is built depends on factors out of their control.

By necessity, the vast majority of housing investment comes from the private sector and cities can’t force developers and their lenders to build. And even in cities that have zoned enough land and approved specific development proposals, production often lags because builders cannot find enough carpenters, electricians and other construction workers.

The state has immense shortages of those workers – and non-construction workers as well, such as auto mechanics – and has short-sightedly neglected what used to be called vocational education. Nor are we seeing the migration of workers from outside California to close the gap.

His warning? “This could get ugly.”

Gavin Newsoms’ housing lawsuit put 47 cities on notice. Is yours on the list? 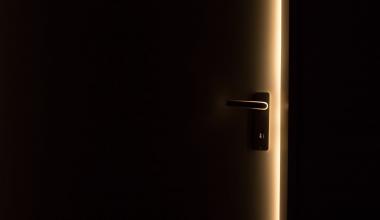