Interim city managers are brought in for all sorts of reasons: resignations, terminations, even deaths. But few are hired under the circumstances that ushered in McFarland Interim City Manager David Tooley this month. The man he’s filling in for isn’t overseeing the public’s business in another town or enjoying a cushy retirement. We don’t know where he is because he’s missing. He’s been missing for more than 40 days.

City News first reported on the disappearance of McFarland City Manager John Wooner in May. Police still have no leads. If they do, they haven’t revealed them to the public. The city-issued vehicle Wooner was driving is still nowhere to be found. He’s been placed on administrative leave while the city awaits answers. With each day, hope fades.

For the man now carrying out his duties, it’s an awkward and solemn scene.

“You don’t see any of my personal things here,” Tooley told the local ABC News affiliate. “I still hope that one day he is going to walk back through the door, and I shake his hand and I give him the keys back to his office.”

Tooley came out of an 18-month retirement to help McFarland get through this difficult time. For nearly 25 years, he worked for the City of Madera. He’s held plenty of jobs in other cities as well over the course of his 40-year-career.

“The agreement with fire department is on my top three list [of priorities], then preparation for the budget for council consideration,” Tooley told ABC News. “The city has some significant economic development prospects they are working with and it’s opportunity to create deals and jobs for McFarland.”

“Fire services are among the basic essential that cities provide, and Kern County correctly wants to recover their full cost of service, but McFarland has financial limitations,” Tooley added. “We have to work together to find a solution that meets the interest of both parties.”

In this small town outside Bakersfield, life chugs along, now with Tooley at the helm. But until John Wooner is found, no one will ever stop wondering what happened to their city manager. 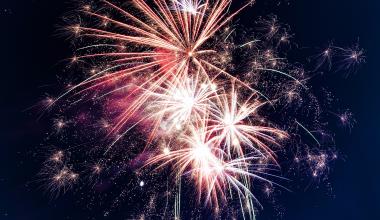