Seven months ago, Dan Singer was hired as Santa Paula’s interim parks and recreation director. On Thursday, he’ll become the city’s interim city manager. Singer was appointed to the position last week to replace Michael Rock, who is headed to Yuba City in Sutter County.

“He got to know the city as a department head and he earned some trust that way,” said Mayor Clint Garman (Ventura County Star).

His extensive experience in public administration was also a major plus. Singer previously served as city manager in Ojai, Goleta, and most recently Poway. He has been working in local government for more than 25 years, at least 16 of which were spent managing cities.

"I am truly honored to have the City Council's support and I look forward to serving the fine people of Santa Paula," Singer said in a news release. He wished Michael Rock well.

Santa Paula is considering two recruitment firms that could assist in the search for a permanent city manager. But if all goes well, Singer could shed the “interim” title and join the Ventura County city for good. 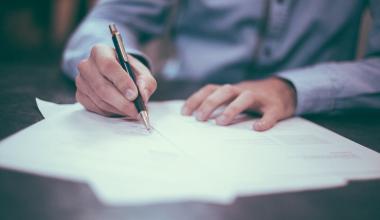