Santa Monica's rocky search for a new city manager finally ended last week with the selection of David White. He’s the current deputy city manager of Berkeley and was the top administrator of Fairfield for five years.

“David has a keen understanding of the central issues our like-minded cities face and has demonstrated that he has the experience and spirit of can-do inclusion we need to lead Santa Monica at this critical time,” Mayor Sue Himmelrich stated in a press release. “We are thrilled to have found a candidate so aligned with our community’s values and impatiently await his arrival so we may begin our collective work.”

“Santa Monica is a wonderful community and I am eager to engage and work closely with the City Council, staff, residents, and businesses implementing City Council's top priorities -- achieving a clean and safe Santa Monica, addressing homelessness, and ensuring an equitable and inclusive economic recovery," stated White.

The city is dealing with a number of social and economic challenges. Fortunately, White is no stranger to hardship. He helped Fairfield recover after the 2008 recession. He championed a citywide strategy on homelessness and oversaw a number of large capital projects. And in Berkeley, he advanced civilian oversight of the police department.

“With an extensive background in finance both as an investment banker and as Fairfield’s finance director, White is well-suited to see Santa Monica through our economic recovery,” the city said. 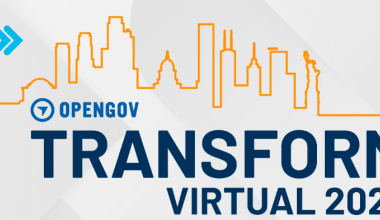 Government agencies are facing a perfect storm of challenges and opportunities, forcing critical changes to how they work and serve.